Investing in our people, their families and our communities is as much a part of our business as running our plants or producing innovative products. People are the heart of everything we do.

Engineers are hands-on designers. Walk into any space where they are at work and you’re likely to see components scattered across their desks.

Madison Weaver, a reliability engineer at Ascend’s Pensacola, Florida, plant is no different. But the 1-inch tee fitting on her desk won’t be going into any project – it was a gag gift from her team members.

Weaver admits she had never heard of Ascend until she attended a school event featuring companies with cooperative education programs. Though Weaver had interned elsewhere, she applied to Ascend because the company’s Pensacola plant was only 55 minutes from her home in Daphne, Alabama.

She was accepted for a fall session. “I ended up loving it,” Weaver said. She was impressed by how she was regarded on her first day.

Every year, Ascend recruits dozens of university students to serve a semester as co-ops at each of our five U.S. manufacturing facilities. Co-ops gain essential hands-on experience and an opportunity to apply the concepts they have learned in class to a manufacturing process.

“At other internships, the companies are trying to train you to work at that company. At Ascend, they want you to succeed, even if you don’t end up working there.”

But when she graduated in December 2018, her mind was made up. She accepted a permanent job offer from Ascend, working with the same team she had during her co-op.

Learn more about our vision for operating a safe, sustainable company, see our performance metrics and more. 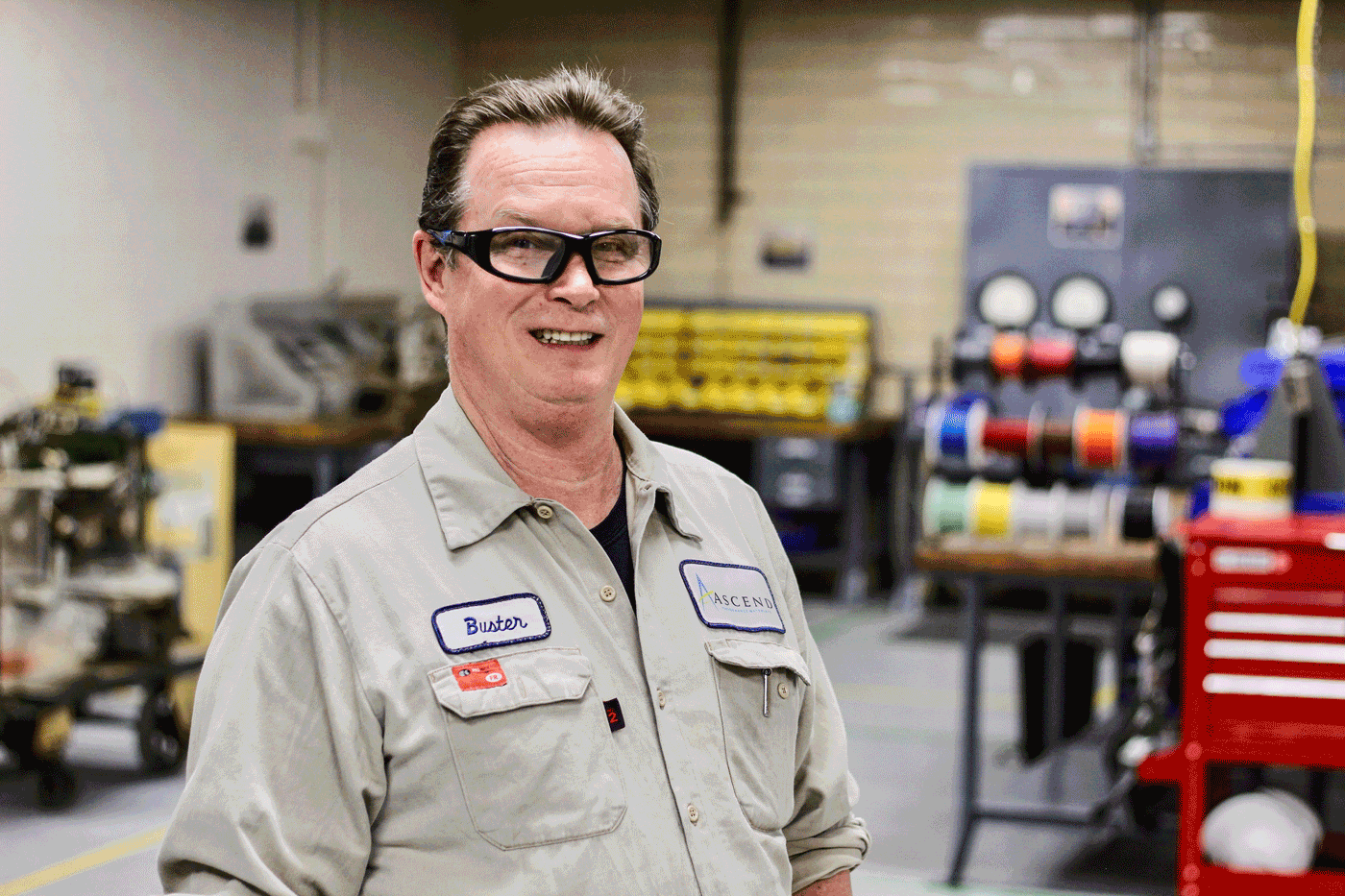 By all appearances, Buster Wells was a perfectly healthy adult male. He watched his diet and worked out regularly. What he didn’t know was that lurking inside him was a serious danger.

“In my previous physicals and blood work, my results came back normal,” Wells said. “But when they saw this, the doctors were surprised I hadn’t had a stroke, severe headaches, loss of balance, or loss of vision. No one could figure out why I hadn’t experienced any of the symptoms.”

Many of our facilities include an on-site clinic that offers regular health screenings and immediate care when necessary. When the clinics added screenings for stroke and aneurysm in 2018, Wells, a lubrication technician at our Greenwood site, signed up for a scan. He expected to receive a clean bill of health.

The arterial screenings use ultrasound to detect blockages in the carotid arteries in the neck and abdomen. As the sonographers looked at Buster’s ultrasound, they were quickly alarmed and sent him to see his doctor.

Wells was admitted to the hospital, where doctors performed an angioplasty to remove the blockages. Today, he credits the screening for saving his life and encourages everyone to have the screening done. 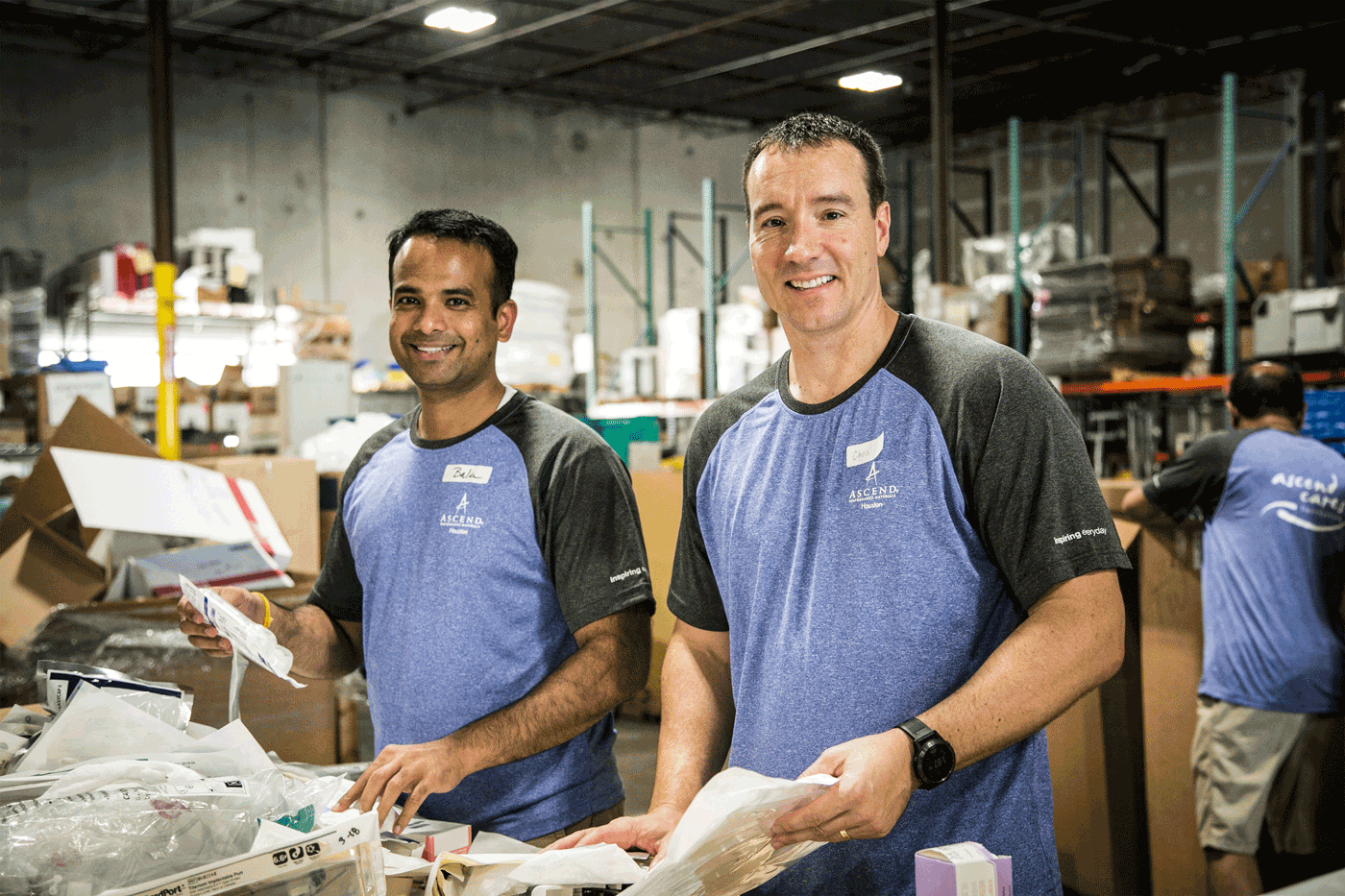 Little things can mean a lot. A new set of shelves enables a food bank to distribute goods more efficiently. A remodeled bathroom means dozens of men in a substance-abuse program no longer have to wait for a single sink. A special playground swing provides a child in a wheelchair a chance to play in the fresh air.

Be it hot meals or Habitat for Humanity houses, community projects are at the heart of the Ascend Cares Foundation, a nonprofit organization funded and led by employees of Ascend Performance Materials. The foundation was established in 2011 after employees at the company’s Decatur, Alabama, site united to help colleagues affected by a tornado outbreak in the area. The effort has grown so that in 2017, more than 1,100 Ascend volunteers contributed 8,500 hours of service to their communities.

“We get involved so our neighbors want us to be there,” said Hal McCord, director of Ascend’s Greenwood, South Carolina, site and a board member of Ascend Cares. Since employees propose, approve and organize projects, volunteers are invested in the outcomes and the foundation is assured its efforts make a difference.

McCord said the foundation reflects one of Ascend’s core values: We care. And that value extends not only to the company’s local communities, but also to its employees and customers.

“Our employees choose to work with us, so we try to show our appreciation,” he said. In addition to launching community projects, Ascend Cares provides scholarships to employees’ children as well as grants to support individual employees’ volunteer work with other charitable organizations. In 2017 more than 100 employees and contractors also received hardship grants through the foundation.

“By caring about our customers, our communities and our employees, we build trust with each group,” McCord said. “This benefits Ascend by creating more engaged and productive employees, customers who seek us out to work on new projects and work through problems together, and communities that will help us grow.”