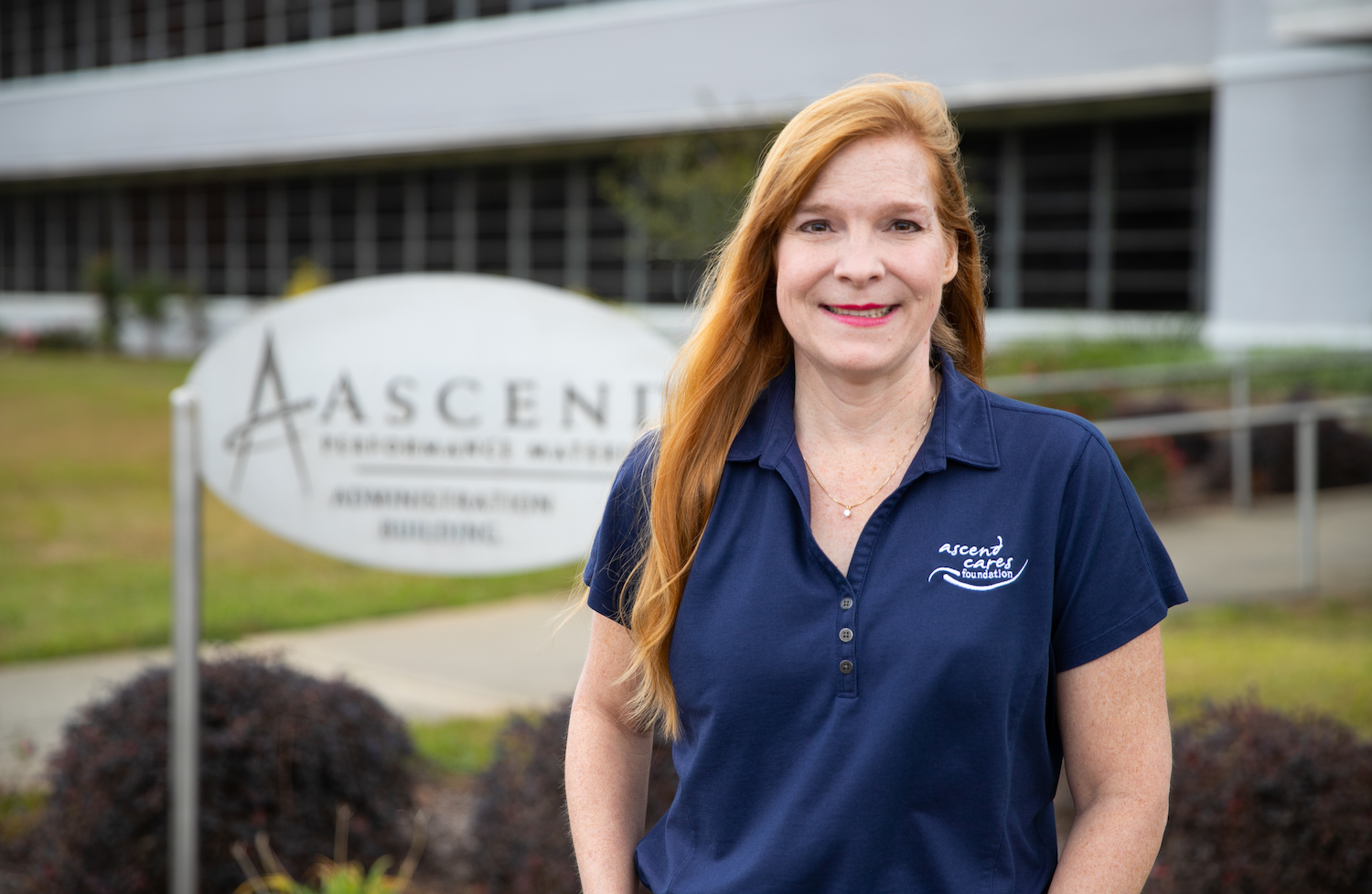 The lights in Teresa Myrick’s office flicker to life before sunrise most weekdays, but this chemical engineer is not arriving early for an international conference call or a shift change. She's simply too eager to tackle the day’s challenges.

“I have to work to hold myself back a bit,” Teresa says with a grin. “I’m just excited to start every day. I really enjoy finding things that need fixed, then fixing them.”

This passion for excellence and problem solving has led Teresa on a very diverse career path during 27 years with Ascend. After starting her career in fibers manufacturing, she led tire cord and polymer areas in Pensacola before moving to the Chocolate Bayou, Texas site where she managed chemical, maintenance and distribution units.

Returning to Pensacola several years ago as an operations leader, Teresa recently started a new position as senior continuous improvement manager, a job that’s quite different from anything she’s done before.

"This role is more forward thinking,” Teresa says. “I’m looking for opportunities for us to be better every day, but I am also thinking about creative ways to be transformational five or ten years down the road.”

Her trademark enthusiasm and drive have translated well into the continuous improvement field.

“Teresa has been fantastic in her role as the master black belt for Pensacola,” says Brian Scallan, continuous improvement director for Ascend. “She very quickly understood the opportunity the role presented and realized how to effectively drive improvements at the site in many ways.”

Brian says Teresa’s attention to detail and tenacity are keys to her success in driving improvements. She doesn’t shy away from details, but rather dives into them and uses them to understand the bigger picture.

Pensacola senior site director Matthew Stewart agrees. “Anyone who knows Teresa is well aware of her dedication to Ascend and her work ethic,” Matthew said. “Not much happens here at our site that Teresa is not involved in. She loves her job, and it shows through in the results.”

Working in manufacturing gives Teresa a great sense of satisfaction, and she especially enjoys keeping an eye out for products containing Ascend’s materials or trucks carrying the company’s cargo on the highways.

“I love being able to point at something and say, I made that,” she says. “It’s a point of pride to know that a particular part or product wouldn’t exist if I didn’t have something to do with it.”

As an engineer and leader in fibers, polymers, chemicals, distribution, maintenance and more, Teresa’s passion for solving problems and improving processes has made her an agile, valuable team member at Ascend. She credits the combination of two things: opportunity and enthusiasm.

"I’ve been given many valuable opportunities in my career – I just try to be willing to jump in and get involved. I always want to find a way to make a difference."